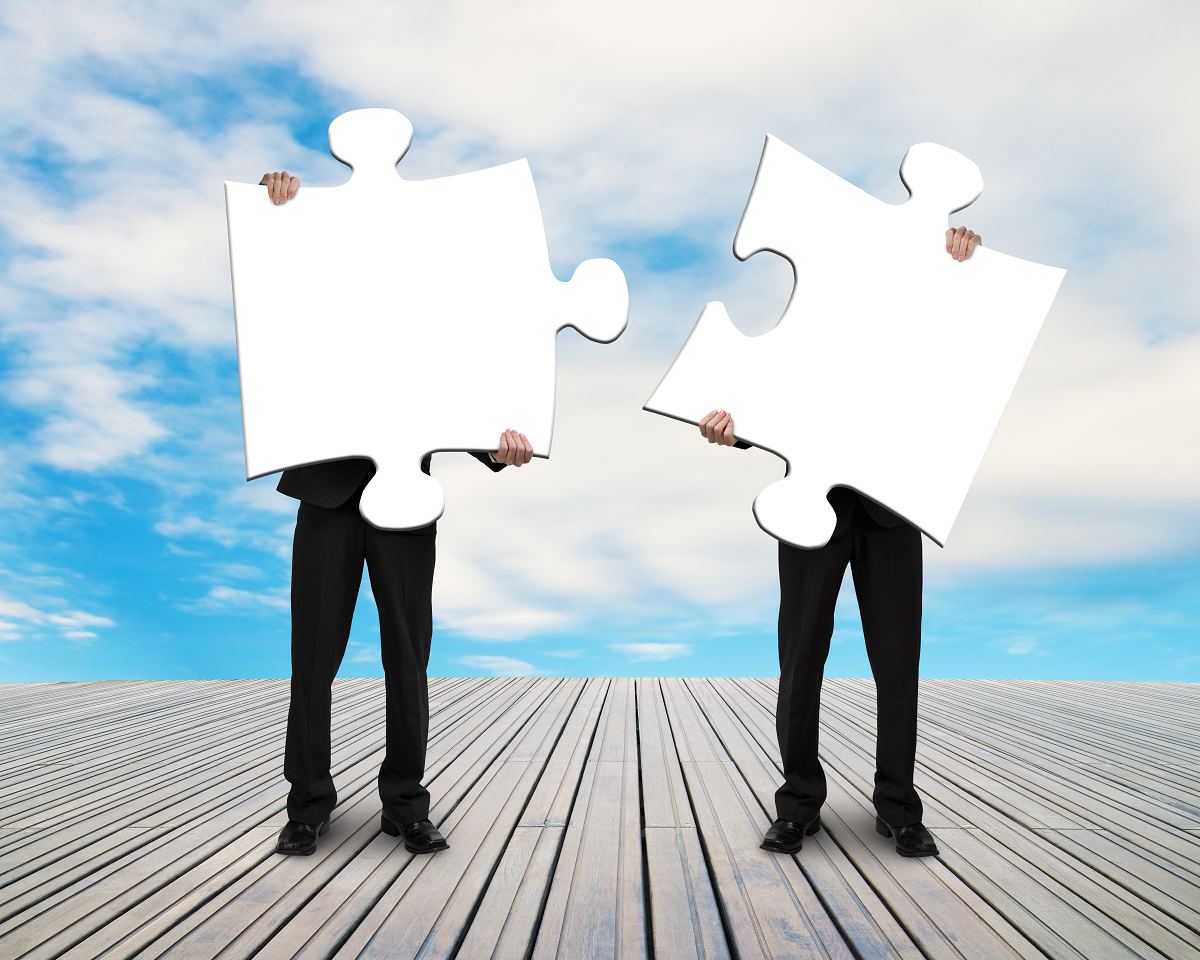 How Your Executive Team Shows Alignment

Every company today must develop the skill and capacity to navigate uncertainty, rapid cycles of change, volatility. These are the requirements to adapt more quickly than your competition.

The capacity to “see around corners” is essential … and doing so requires a new kind of Executive Team alignment.

Today’s leaders are not just managing their business unit or P&L.

Why Executive Team Alignment is Crucial

As interdependence grows increasingly complex, levers in one part of the business increasingly impact seemingly unrelated areas.  It’s no longer enough to “get it right” in one piece of the business.  For example, R&D should be in a regular conversations with the Sales function, who should be in close communication with Customer Service.  Everyone should be working together to establish realistic and fair priorities for the IT and Development groups; most of them are stretched too thin with competing priorities.

CEOs and their direct reports, must fully understand the role of the Top Team in guiding this collaboration. In striving for organizational balance between stability and adaptability, setting strategy, fueling profitable growth, and stimulating innovation across the entire business.  Today’s super-competitive arenas demand it. Executive Teams need to evolve to create a culture of interdependence, versus an outdated focus on managing discrete, individual parts.

These 6 signs of executive team alignment determine if you can lead this cultural change from the top:

#1 – Definition of Success is Clear and Consistent

How clearly is your Company Vision stated? High performance is greatly dependent on a clear, measurable definition of success, for any endeavor in life.  “What winning looks like” should be a rallying force for everyone, and it should not change much over time (maybe every 5-10 years.)

The best DOS statements define how you will win AND make key decisions about priorities and resources. One of the most famous is GE: “Be #1 or #2 in every market or exit.”

Another, is to declare “Culture” or “Great Workplace” as a commitment. Getting serious about this is how an organization will draw the best talent, and keep them.

Jim Sinegal (CEO): Well, the competitive advantage is that you’ve got loyal customers who believe in you. We think — this was a tag that was hung on us a number of years ago by an analyst atGoldman Sachs — we think that we have established what we refer to as “absolute pricing authority.”

This analyst said that “Costco, more than any other retailer in the world, has established absolute pricing authority.” What he meant by that was that, when a customer sees a product in Costco, they expect that it’s going to be the best value that they can find.

We really very zealously work on protecting that image. That’s what we’re all about, saving customers money. We don’t want to just be better, in terms of price. We want to be demonstrably better on every single product that we sell.

An Executive Team needs a mandate and good processes for listening to their customers: Both internal (employees) and external (clients and end users), to move with enough speed and accuracy to be competitive.

Gathering direct experience from employees who are customer-facing, building trust with the front-lines of your organization, sharing this information in a meaningful way at Executive Team sessions is a crucial practice in today’s rapid change world. This should go beyond the typical financial review, to meaningful discussions of trends, patterns, opportunities to create synergy across business units or departments.

A logistics management company was struggling with executives who perpetuated friendly “internal competition” between their trucking, warehouse, and distribution operations. This unknowingly created headaches down the chain, as various operations actively ignored requests from one another. The “We don’t have to work together” mindset made it difficult to serve customers and create efficient, profitable end-to-end service.

The work of their Executive Team is now focused on a Strategic Initiative of fostering end-to-end capability. Breaking these cultural habits will take time and a great deal of conscious effort on the part of the executives, to show mid-level management they are serious.

The Top Team of an organization is unique: Its members have two PRIMARY responsibilities: (1-A) Business Unit Results and (1-B) Organizational Health.

The CEO or President must demand his or her Team practice “We Focus” when they operate as a team.

When in Executive Team mode, an Executive Leader must learn how to wear their Organization Hat. When they operate in Business Unit mode, there is more focus on their piece while ensuring they don’t perpetuate conflict, turf wars, and competitive behaviors internally.

A sign this is working? Similar and supportive words are used by executives when not in each others’ presence, about company direction and their peers. (When an executive makes comments like “John is off-base, We’re doing it right” publicly or to their reports, it undermines the Top Team’s credibility. This fosters lack of alignment below.)

When an organization has grown through merger and acquisition, this becomes especially important.  There are always alliances to the original start-up culture of a company that compete with the larger organization’s culture. Fostering a unified definition of “how we work together” becomes essential to counter-balance “step-family” dynamics:

#4 – Trust and People are Valued as Much as Capital

Trust in today’s organizations is the New Capital of business. Why?

Think of high performance on a winning sports team: Peyton Manning of Denver Broncos always gave credit to the team. In fact, the Bronco defense won the Super Bowl in 2016, supporting their quarterback who was injured and not playing his best.

The ensemble cast of a great TV show  (Modern Family, Friends) is another good example.  No one is the “star,” and fostering chemistry among the actors makes the show much, much better.

Yet, Trust in business is often seen as a “nice to have” not a necessity. There’s a lot of lip service paid but not a lot of behavior that builds, reinforces, and makes Trust real. Further, competition among top leadership is a given in most corporations: Those who rise to the top (by definition) are often the most competitive people.

Top Team trust needs to be developed specifically in service of:

The CEO and Top Team set the tone of trust throughout the organization by how well they practice transparency, straight talk, healthy conflict, and building mutually beneficial relationships.

One public accounting firm in Colorado, builds their entire culture around Trust. In doing so, they are clear they don’t seek to be the most profitable company (“There are costs to our people for that” says a Board member), while their profits are well within benchmark for their industry. They want to be known for being a high-touch, customer-care organization. They understand they have to build these qualities within, if they’re going to deliver it to their clients.

A small non-profit we worked with, had a significant issue of trust across their organization. It had originated from the previous CEO, who pitted people against each other.  Rebuilding trust was the #1 focus with the new CEO and Top Team – a necessary step to show the rest of the organization there are healthy ways to handle differences and disagreement.

The new CEO didn’t have the expectation that everyone on her Team would be good friends or even socialize together. The quality of trust she was seeking, was all about listening to each other, discussing matters openly, and making decisions in a collaborative fashion. Thus, when they took a stand, the rest of the organization could see them standing together, versus “agreeing to a decision in one room, and undermining it publicly in another.”

One of the most powerful ways to demonstrate the importance of Trust is through ensuring Core Values are defined, practiced, and continuously discussed.

Core Values in action ensure people decisions are visibly linked to the Values that really matter to the CEO and Top Team.  Re-thinking your people systems (Hiring, On-Boarding, Promotion, Training) to show the organization you will do these differently, signals “Trust and Cooperation” are important in this organization.

When the Top Team of the organization demonstrate their own willingness to change and be flexible, it signals that change is not something we “Do” to each other. Rather, it is a business process. Building your change capacity as an organization is as necessary to health and sustainability, as are profitability and customers.

For most executives of this era, success has been largely achieved by managing controllable forces tightly, and creating consistency and efficiency of people and systems. It can be a difficult task for executives to embrace change personally. Their rise was about managing and controlling what’s known, not operating in continuous ambiguity and flexibility.

Given almost every organization is undertaking a “business transformation” to stay alive and deal with greater ambiguity and speed, executives today must study, learn, and practice “dancing with the elephant of constant change.”  To accomplish this is a coordination effort, that requires shared information, learning, and  cooperation. If the top leaders don’t demonstrate it, the organization won’t live it.

One division of a Fortune 500 company in the healthcare industry, rotated a series of Presidents through the business every 2-3 years. They worked on building a culture that could drive change, yet there was no stability in leadership. Each new President made a series of decisions that did not feel connected to the previous regime.  The employees were burned out and confused; apathy prevailed. “Another reorganization? Yawn … I’ll just keep my head down and ignore it until it passes.” It took a President with a different vision, to understand his role was to build the organization to thrive after he left, not just while he was there.

Building change capacity in a company requires courage at the Top Team level. And most of all, a genuine spirit of caring, people-focus through action, not words. By honoring people’s long-held beliefs and habits, versus more of a software update. (hit the button and it changes.) By asking for opinions and input and acting on it, versus issuing carefully worded mandates and edicts today and expecting things to be different tomorrow.

There is a great deal of wisdom on how to do change well in an organization. The biggest gap I see in my work, is not “how.” It’s top leaders who really don’t “get” (or care) about the impact of change on people personally.  People feel that absence of empathy.

When the Top Team issues change edicts they don’t personally live by, “business transformation” efforts never gain the heart-share and buy-in from the people who need to LIVE them.

There is no faster way to signal you are serious about top team alignment than to change the way you pay your leaders.

When an organization truly grasps the inter-dependent nature of business today, bonuses are paid on business unit and overall company performance.

How compensation is structured needs to be revisited in lieu of changing business conditions. (You don’t use the same strategies to navigate whitewater as you do calm water). One of the biggest issues is with the short-term versus long-term view.

Linking compensation to share price or profit, is the best way to ensure the interests of the CEO and other top managers are aligned with those of shareholders. In recent years, however, the system has encouraged executives to take actions that boost share price in the short term but hurt shareholders and other stakeholders later, after the executive has cashed out.

Changing reward systems to encourage aligned behavior at the top is a key sign an organization is serious about navigating to embrace the modern role of its Executive Team.

The Executive Team today is a reflection of the organization you are becoming, as much as it is preserving the culture and business of today.

What does an honest look in the mirror reveal about yours?