A Peek Inside Corporate Culture at Dropbox, Zynga and Groupon 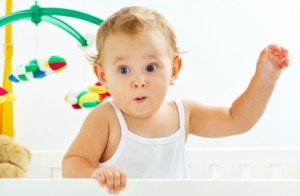 Note from Corporate Culture Pros: Sometimes wisdom comes from unexpected sources – for example, from fresh, young, and not-jaded CEOs whose ambitions have created new ways of interacting with old ideas, like sharing information, saving money, and playing games. In the meantime they have built company cultures that can effectively “herd cats” – ie, bring order to the chaos of a fast-growing, “youngster” work culture.

This week, we feature a guest contribution in our culture success stories” series, by Kyle Lagunas – the HR Analyst at Software Advice. Focused on offering a fresh take on points of interest in his market, Kyle is not your typical HR guy – and his take on corporate culture proves it!

We hope you enjoy interesting lessons from cultures at Dropbox, Zynga and Groupon.  Lisa Jackson

In recent years, the most successful companies have focused less on perks and more on offering their employees something better: a connection to the company. Three prominent start-ups – Groupon, Zynga and Dropbox – are each cultivating lasting company cultures, and I’ve taken a look to see what’s working and what’s not.

Hire the Right People and Let Them Do Their Jobs. As online storage provider Dropbox’s CEO, Drew Houston, can attest, hiring the right people for your organization is the most important step in building your company culture. Since day one, Dropbox has focus on hiring fewer, but better people. Offering a flexible schedule and giving employees the ability to choose what projects they’ll work on, Dropbox puts their people in the driver’s seat of their careers.

Build Trust and Provide Transparency. Groupon – the Chicago-based company that made coupons cool again – entrusts their team to get the job done. As such, their people genuinely care about what they do. And trust is a two-way street. In an interview with Forbes, Groupon’s Head of People Strategy, Dan Jessup said, “We’re big on transparency, and staying close to our roots, what we stand for, as we grow.”

Share Ownership. Each and every employee at Zynga (developers of Farmville and Words With Friends – my newest addiction) is expected to follow the same core value in every endeavor: “Be your own CEO: Own outcomes.” CEO Mark Pincus explained to Fast Company that he “wanted to push the ownership and decision making to the [employees]… and empower them to go for it, to take risks and make mistakes.” By empowering his team with this core value (and commanding them to “Move at Zynga Speed”), Pincus’ company is poised for great success. (Lisa comment: This level of empowerment can backfire if you don’t get “hire the right people” right.)

Keep People Connected. One of the biggest challenges Dropbox faces in growing is keeping people on the same page. Where the team was once small enough to fit in one room, things became more difficult as the team got bigger. Houston said: “As we grew larger, we had to start deliberately trying to figure out how to get the right info in the right peoples’ hands.”

When looking for tools for enhancing communication in the workplace, many businesses are adopting enterprise social networks such as Yammer. These web-based systems give users the ability to view official company announcements, share important information, and communicate with anyone in the company.

Nail the Onboarding Process. The culture at Groupon can be a little jarring for newcomers. In an interview with Vanity Fair, CEO Andrew Mason says he still tries to make his company feel like a start-up. “As we get bigger, instead of being like most companies, conforming and becoming more normal, we want to become weirder.” Mason knows getting onto the Groupon brainwave is vital to these employees’ success. So, he meets with a group of new employees every two weeks, provides an overview of the company, and gives them a chance to ask him any questions directly.

Nip Entitlement in the Bud.  Preparing for the company to go public, Zynga officials are concerned about the impact sudden wealth created by stock offerings may have on their employees. But the issue Zynga faces has less to do with turnover and more to do with the potential impact on company culture. After all, perks and incentives are meant to give employees a sense of value, not entitlement. Now, Zynga’s faced with the challenge of finding a balance moving forward.

Bravo to this wisdom!

Legacy corporations – or indeed any organization – seeking more innovation and and growth, would be wise to listen to these culture lessons.

And, here’s a free tool to assess your organization’s progress toward building this type of culture.

Lisa Jackson and Gerry Schmidt are corporate culture experts. They teach leaders a proven method for evolving their corporate cultures to perform better, innovate faster, and show they truly care about people in an unprecedented era of rapid change and transformation.

This article is available in its entirety on Kyle’s blog at: http://www.softwareadvice.com/articles/hr/marching-to-their-own-beat-company-culture-at-dropbox-zynga-and-groupon-081011/