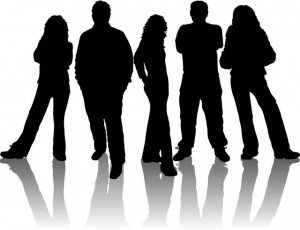 What’s significant about May 26, 2010, relevant to corporate culture?

Seems the million dollars question on everyone’s minds these days is “What does it take to “Be Apple?”

Tough answer – as the article states: “The principles that are key to [Apple’s] success are more closely guarded than its product pipeline. When it comes to the special sauce that makes his company the paragon of U.S. and global business, the CEO (Stephen Jobs) is silent.”

Fast Company being who they are, they did their best to answer the question anyway.

And we being who we are, we decided to share our favorite quotes in Fast Co’s version and provide our answers to “What leadership behaviors support a culture of innovation?”

#1 – “Magic doesn’t happen in an echo chamber.” Jobs used a Cuisinart as the inspiration for an early version of Mac. Look outside your world for inspiration. Spend time immersing yourself with people and cultures different than yours. The more uncomfortable you are, the better. You see amazing opportunities when you approach life through the lens of “curiosity.”

#2 – “You can disagree with us but our motives are pure.” This was Job’s response to one blogger about Apple’s unpopular “closed” software policies.  Innovation is a personal decision process inside an organization: Do it well and you’ll be unpopular with some.  Innovation is about building a competitive advantage and protecting it – which in Apple’s case translates to “no transparency.” Be clear about your motives – always.

#3 – “Be a filter.” Jobs’ primary role at Apple is to turn things down. If you’re serious about an innovation culture, “Yes we can!” is a phrase to train people out of, replaced by “Should we?” Get serious about the mantra “Less IS more.” Narrow your focus. Stop pet projects. Define your culture’s ability to innovate as “Execute fewer, better, faster … and win.”

#4 – “Everyone knows what the plan is.” Speaks for itself. Ask 10 people in your company “what’s our plan to succeed” and see how many answers are identical.

#5 – “Be like the hotel concierge desk.” That’s what Apple’s focus group efforts learned when they asked people for their best customer service experiences.  Innovation cultures put people in direct touch with those they seek to serve. Too often, innovation is thought of as an R&D function – ie, generating cool ideas – when it’s really more about linking people together in service of a common cause and creating a community of fans.

#6 – “Sorry, no.” The response Jobs gave to a customer who emailed him asking whether Apple would continue to support the first iPhone launched in 2007.  Future-driven is an essential cultural mindset to cultivate. Make no mistake, that is not easy.  People love to reminisce and reference the past – “When we were great.” “What we did that worked before.”  Stick to clear principles but set your sights on the horizon ahead.

#7 – “It’s hard to visualize things that don’t exist.” Innovation is an action strategy, not a vision. Great leaders have vision, but a culture of innovation gets the right people with a collaborative process and mindset to build a high level of personal trust, toward a common cause. Then, let human ingenuity take over … and you will surpass what any customer could have dreamed up.

#8 – Can you “go long?” Apple’s willingness to be in the game for the long-term, with a tenured CEO (instead of the average American CEO who spends 6 years at the helm of their company) is the top predictor of cultural performance: Organizations riddled by constant change create schizophrenic cultures – and that lack of clarity often produces fear and insecurity – not a hotbed for innovation. Whatever style of culture you need to drive innovation in your industry or market, make sure you’re building one that has steady leadership. That’s where talented people stick.

Innovation is the #1 predictor of relevance in a global economy. It’s about the ability to move with intention and speed.  Too often, it’s become a desperate activity of chasing one’s tail as market share slides or global competition heats up.  As Apple reminds us, the sustainable ability is all about corporate culture: Companies who built cultures that are scattered, risk-averse, or undisciplined must decide culture is not a personality change, but rather cultivating a set of habits that make you more competitive.  Do you know if your cultural style is helping or hindering your efforts?

What will you create today?