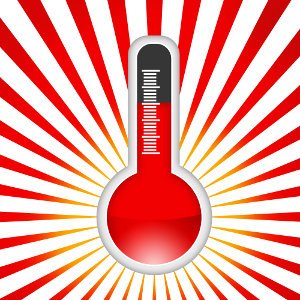 Can sick corporate cultures be healed by merging?

By now, you may have read of the firing by phone of Carol Bartz from the post of Yahoo CEO (just a few weeks after the Chairman publicly affirmed total support for her). Rumors and speculation abound regarding the future of Yahoo. To some it is ripe for a merger or acquisition (in spite of Jerry Yang’s insistence “we’re not for sale”).

However, by all accounts, there is a very unbalanced, sick corporate culture at Yahoo these days and while its brand may be attractive as a prime acquisition, healing what seems to be a sick culture will require a forthright, visionary leader.  We caught up with a former executive this morning to get his take on what’s really going on inside Yahoo:

“Sure this move has created a huge uproar internally: Who’s running the company now?  Carol had the vision – ie, heavy in mobile, shedding groups that weren’t in the sweet spot – but she was setting a course and the general sense was we were attempting to stay true to that. She was not charismatic and her over-use of f-bombs did not inspire, but she was smart and she was the leader.

Her leaving put fuel on the fire of the huge morale issue at Yahoo.  Anyone coming in now would have to be greatly respected already, or would have to earn instant respect for there to be any believability factor.  Yahoo has burned through 3 CEO’s in about 6 years (one an interim stint by Yang) – but not one of them has invigorated people and gotten everyone believing “Yes this leader can steer the ship right.”  In the end it boils down to a trust factor: People at Yahoo don’t really trust leaders have set the company on a good track for winning.  The fact Carol was let go with no succession plan worsens trust.  Yahoo is now a rudderless ship set completely adrift – ripe for someone to cherry-pick the assets …. and divest the people.

Meanwhile, staff are a living-breathing question mark … great people are jumping ship at an alarming rate.  That fuels even more fear.  “What are we supposed to really be focusing on?”

We bleed purple at Yahoo. People love the brand and the company, but are losing faith and commitment in the chase.  When you’re shutting units and firing leaders, it shuts everyone down. How do you stay positive in that environment?”

Co-founder Jerry Yang gave his answer in response to a staffer who spoke up at the recent all-hands meeting, asking “Why did the board fire the CEO without first having a plan in place, which the questioning employee noted had further worsened trust issues with Yahoo leadership?” (That question got the biggest applause.)

A big ask for beleaguered Yahoo staffers these days.  Trust is earned, not blindly given in spite of one’s actions. Anyone who has lived through a break in trust knows it takes time and effort to rebuild.

Would a merger with AOL solve Yahoo’s problems?  Doubtful ….

Corporate mergers and acquisitions happen all the time, but 4 out of 5 fail to gain the promised ROI.  The marriage of two companies that looked so advantageous financially rarely is given enough attention to merging at the corporate culture level – and leaves people more confused then ever about direction and leadership.

What would you recommend for any buyer of Yahoo or others seeking to merge two corporate cultures?

Write to us if you want our free article “5 Tips for Successful Mergers.”

Lisa Jackson and Gerry Schmidt are corporate culture experts. They teach leaders a proven method for evolving their corporate cultures to perform better, innovate faster, and show they truly care about people in an unprecedented era of rapid change and transformation.