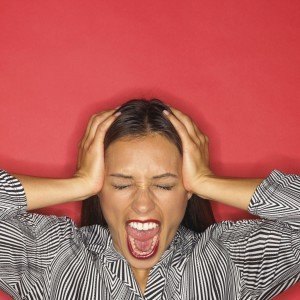 If there were any evidence whether leaders are building corporate cultures to attract the highest quality talent, here’s a frightening statistic. We had trouble believing it, but here’s the statistic and link:

The statistic is not really a surprise to us. In our work to help leadership build corporate cultures that fully engage people and drive innovation, we have seen the growing “discontented employee” reality for years. Employees talk to us and say things they feel they can’t say to their leaders.

What IS surprising is that in the midst of the biggest economic meltdown in six decades with unemployment statistics* the worst they’ve been in well over a decade, almost 2 out of 3 people are thinking about leaving their job. And while the survey was only 900 people, it parallels Gallup’s research that 2 out of 3 people are disengaged at work – a database of millions over a period of 10 years. There is some kernel of truth, and that truth seems important.

If you are a leader, we invite you to examine: “Am I actively building a team-based company culture – a workplace in which people want to be here? If not, what do I consider more important to do than that?  Why would I NOT want to devote attention to cultivating a place where those who devote their life energy to this team, initiative or company can be happy and fulfilled at work?”

I invite real answers to this question. I invite you to ask yourself and those around you “Why ARE we so discontent at work” and “What can WE do about it?” For many, it’s a luxury to consider whether we are happy or content at work – or anywhere. (There are still many on this planet whose sole daily concern is survival). And there will always be discontent in the world.  But nevertheless…

Joy and happiness are our birthrights as human beings. Given that, we’d like to talk about it more.

We invite you to do the same.

*Bureau of Labor Statistics as of August 26, 2010 – From January 2007 through December 2009, 6.9 million workers were displaced from jobs they had held for at least 3 years, nearly twice as many as for the survey period covering January 2005 to December 2007. The unemployment rate remains at 9.5%