Culture Change in Mergers (is it Mayhem?) What Happens After the Ink Is Dry

HomeBlogCulture ChangeCulture Change in Mergers (is it Mayhem?) What Happens After the Ink Is Dry
/ 0
/ Lisa Jackson 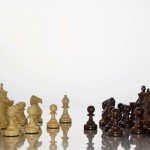 Do you know the essential role of culture change in mergers?

If you’ve been acquired, are about to acquire, or leading a deal…know this: Research studies show that 2 out of 3 mergers fail to achieve the promised financial results (about on par with the nation’s divorce rate).

Most mergers have a high degree of legal and financial expertise behind the deal, which predicts potential, but fails to perform adequate analysis about compatibility.  Yet, compatibility is the best predictor of execution – and that’s all about finding synergies in the respective corporate cultures – and determining what about the culture should change and what should remain the same. Basic post-deal expectations are rarely set out properly: “They told us everything would stay the same” is neither realistic nor appropriate.

Recently we have been involved in a classic post-acquisition “non-integration.” The merger happened in 2000 between two completely different corporate cultures, in two very different geographies: One cowboy entrepreneurial on the West Coast, the other East Coast corporate HQ.

But no attention had been given to integrating the two cultures.

The CEO’s strategy was “leave the West Coast alone.” This led to an “us versus them” mentality, symbolic in actions like the renegade acquired site putting Mickey Mouse ears on the clock representing their corporate HQ (which stayed up for 18 months).

Fast-forward 10 years. In order for this organization to compete effectively, they must create economy of scale and synergy through working closely together. A very awkward time to come back and say “We must now become one family.” (ie, let’s unify our company culture).

Here are a few tips to get your post-honeymoon marriage off on the right foot out of the gate, and help avoid the “results let-down” and “two-company culture turf wars” that plague most mergers:

0) Pre-nups aren’t just for couples. Acquiring a company is like buying a used car – you can kick the tires, look under the hood, and drive car around block, but you’ll have a hard time finding out what the seller doesn’t want you to know. Spell out what WILL change (“Nothing” is the wrong answer). Who owns what decisions? Who owns the “new” strategy post-sale (there needs to be one)? What happens if performance targets aren’t reached? How will we handle the employee communications, so we look aligned? The conversations may seem hard, but you’ll be glad you did.

1) An ounce of culture due diligence = faster productivity.  Have you assessed the two respective corporate cultures to identify “hot spots” and “smooth sailing” issues? Guaranteed, what used to be OK, won’t be. What used to be rewarded, is now punished. If you have not clearly identified the contentious and difficult areas to manage during integration of people and systems, you are setting the deal up for a long cycle of productivity losses, as people lock horns and decisions languish in holding patterns.

2) Over-communicate. A merger is a guaranteed culture shock – it doesn’t matter how big or small it is. People second-guess, re-sort their place in the sandbox, and jockey for roles. This is even trickier when you are not in the same physical location or where there are global culture differences involved.  Leaders need forums (written and face-time) to share the minute, the mundane, the inside scoop, to show that they care about the chaos people are going through.

3) Unify where it counts – Take a hard look at where it is really necessary to have a unified approach. Less is more. Empowered, decentralized teams who are measured by doing what’s best for customer is the best practice. Ask: “Without merging this system, will we still be competitive?”

4) Ask v. Tell. Leaders with all the answers set up for resistance. Seek ideas for how to do the integration better.  Telling people to change what they do every day is like putting new step-kids in a shared bedroom and hoping they’ll work it out. People will be frustrated. Expect it, acknowledge it, and facilitate some transition (aka, venting)  sessions – “What concerns you most? How can we best overcome that?” Assume resistance, build trust, facilitate compromise.

5) Decide who decides. There is no such thing as a true merger. One party always has more power and is buying a promise from the other.  Identify key decisions around vision, strategies, structure, and operations – and name ONE decision maker.  A collaborative decision process is good – but empowering ONE person to make the final call is crucial.

6) Don’t leave people in a “state of question.” The most stressful part of life is uncertainty. Even if the answer is “I don’t know” – you need a regular forum in which people can ask questions and interact with leaders.

Like a marriage, merging works better when you both want the same things. (Accepting private equity funds or building a strategic alliance is like co-habiting compared to a walk-down-the-aisle, but still requires an expectations level-set and tends to have the same impact on employees).

Performing culture due diligence about how you will co-habitate and outlining mutual expectations is a whole lot easier before the deal is done.  And, it’s the best way to increase your odds that your deal is the ONE that succeeds long after the bloom is off the rose.

Culture in a Merger