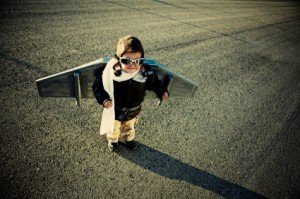 10 Fatal Flaws That Undermine Your Ability to Change

By now, every smart leader knows that corporate culture is an essential element of business performance.  In an era of increasing uncertainty and speed of change, your organization’s culture is either a source of strength and advantage that flies faster than your competition, or a recipe for disaster that will ultimately crash and burn. Unlike many change efforts companies attempt, cultural patterns are often deeply embedded and unconscious. A company’s culture will drive people to behave in ways that defy logic in spite of smart, well-intentioned leaders with a good strategy. This is why culture deserves special attention.

Based on extensive research and our experience over 15 years as culture change consultants, ten fatal flaws are most predictive of an ultimate crash-and-burn scenario. These may be overriding patterns in an organization. You may see more than one of them. Or, they may show up as sub-cultures under one powerful leader within a division or department.

1) Corporate ADD – aka, Attention Direction Disorder. This organization may have a high-falutin’ mission that everyone feels good about, but its strategy is non-existent. There is no clear guidance that tells people “what to say no to” and “how we will win in our market.” Priorities change as often as the tides, and new projects begin without stopping anything. When a shiny penny of “something new” catches the eye of leaders, we are all now going down that road. Corporate culture flaw: Employees and first-line managers lament “It’s flavor of the month around here. Nothing is important and everything is urgent. We’re running faster for less gain.”  This culture spins its wheels and typically experiences a steady decline in ROI or profit, especially when a smart competitor comes into the picture.

2) The World is Flat (until Columbus).  The organization operates in an industry that is transforming around them, while leaders have a death-grip on assumptions that are no longer true or have no relevance to customers: “Black cars are what people want.” “We have the most features on our system.” Depending on the size of the business and your industry, the CEO and executive team have no incentive to change, as the business demise will happen after they’re long gone. Under this flaw, the business is a cash cow and leaders pay only lip service to efforts for real or meaningful change – because their bonus depends on keeping things the same. Corporate culture flaw: People close to the customer hear more and more complaints, customers are bailing, and a smart competitor is on the horizon starting to steal market share. Good talent start to leave.

3) Customer? What customer?  This is the hallmark of companies in highly regulated or non-retail industries in which the product or service has enjoyed protection. They hold a belief (which nobody says out loud) “Our customers have no alternative, so we don’t need to focus on their needs.”  Corporate culture flaw: The organization is slow-moving and people feel they are working on activity that is disconnected from a clear purpose (bureaucracy). A breeding ground for paycheck-collectors, “we’ve always done it this way” types and employees who can’t get a job anywhere else.  High resistance to change, which becomes fatal if competition enters the picture.

4) Prove it. This organization lives and dies by the numbers, analysis, and spreadsheets. An innovation wasteland. Often found in engineering-focused cultures, typically with a leader who is attempting to grow through a strategy of “incremental product development.” In one telecom organization we worked in, there were 2,342 products still being sold. Customers were wildly confused.  This was a heavy anchor dragging on their ability to be relevant and nimble in their market.  The organization was losing ground to its main competitor and culture change required a massive and painful exodus in the leadership ranks. Corporate culture flaw: Much proof is required for a green light on anything. People with great ideas are marginalized as “risk-takers” – and they leave or go underground. Everyone keeps busy justifying how to hold onto the project they’re working on, versus serve what the customer needs or innovate.

5) World According To Us. A version of the “world is flat” but characterized by cowboy leaders who feel they know best. (Whether they’re wrong or right, they will find the evidence to be right,  leading to dangerous arrogance).  Enron was a classic example of this. Also News Corporation. Leaders operate from a mindset “the end justifies the means” and do not see wrongdoing in their approach. Corporate culture flaw: Congratulatory behavior and rewards for any positive news, and a very strong backlash to negative news, challenge to the system, or attempts at whistle-blowing. The top leader is often kept in the dark about what people are really doing to deliver the numbers.  Fear pervades everything.

6) Emperor’s New Clothes. The leadership in this organization has conveyed an aura of kingly status in which people avoid telling him or her the truth. As a result, the organization spends untold energy ensuring that the leaders hear what they want to hear, adjusting truth and facts to align with whatever the current belief the leader holds. If the belief is “we need to be #1 in our market” people will dig for facts and evidence that we’re #1 in our market, regardless of what is really so. Corporate culture flaw: Similar to “world according to us” – you will find a strong congratulatory culture, often peppered with comments about “John (CEO) says …”  Typically leaders talk a lot about change, innovation, or values – but don’t act in alignment with them.

7) We Buy Talent.  This organization has survived and succeeded through a revolving door of talent. They hire people and fire them as easily as the seasons change. There is no meaningful investment in growth or development. Eventually the organization gains a reputation for this, and good people are no longer attracted to it.   This can work in an organization’s favor during a bad economy, but is a problem when the economy turns around.  Corporate culture flaw: Because they are constantly on-boarding and training new people, systems and processes are often not followed, teamwork is rarely cohesive, and work productivity  unduly falls the shoulders of the few who are loyal and long-term.

8) Run Faster.  Characterized by The Budget Game, in which no matter how big your effort and results this year, they have to be bigger and better next year, while cutting cost.  Leaders grudgingly acknowledge they are requiring an “impossible reality” but “it’s the game we have to play.”  Corporate culture flaw: People start to play games with their numbers to ensure they cushion their fall, and true innovation or breakthrough thinking rarely emerges. Many companies are caught in this game, typically with a strategy that’s too broad or a market position that can be easily copied or duplicated.  Also characterized by a lot of “talk” about change and innovation, but can only sustain haphazard progress toward real change.

9) Bad Dog. This organization has built a habit of calling out wrongdoing and mistakes without any clear direction of “what to do instead.” One company we know of has a well-intended leadership program to perpetuate open dialogue, but the culture is so deeply entrenched in CYA that it’s difficult for people to break out of old behaviors – those who try are subtly punished. Corporate culture flaw: People hear “no” so often, they spend their time figuring out how to avoid feedback, mistakes, and learning. The culture is running in place and cowering from any real and meaningful dialogue about change.

10) Decision Paralysis.  Very characteristic of matrix organization structures with a legacy top-down, authoritarian mindset. Usually decisions have been made by the few at the top” and those executives have not developed or trained people to take smart risks and make decisions. Corporate culture flaw: Small issues become massive road blocks and projects are often delivered over budget and late. This culture flaw often accompanies many of the corporate styles described above.

The world is changing faster than ever.  If you are experiencing stagnant growth or internal resistance to change, you can be sure one or more of these fatal flaws are undermining your efforts.  It’s time to re-think how your corporate culture can adapt faster, and support change, instead of waiting until a competitor does it faster.

Or, you can take your chances in a plane built to fly in the horse-and-buggy era.

Lisa Jackson is a corporate culture expert and co-author of 2 books including the brand new “Culture Builder Toolkit: A Step-by-Step Guide for Assessing and Changing Corporate Culture.”  She specializes in teaching companies and leaders how to align and transform their corporate culture to maximize profitable growth, productivity, and innovation.

For free tools and resources on culture change, visit www.CorporateCulturePros.com or follow her on Twitter at http://twitter.com/corporatecultur