Is there anything that hasn’t been said about culture at Google? Next to Zappos, Google is likely the top cited example of corporate culture. The 25 free restaurants, free cars, wired workstations, laundry services, on-site gyms. Shannon Deegan, VP of HR said in a presentation to his peers recently “This is not really the Google culture. This is the cost of doing business in our market.” And, these perks are a visible expression of the true secret behind Google’s strong organizational culture, which is at it’s essence, quite simple. 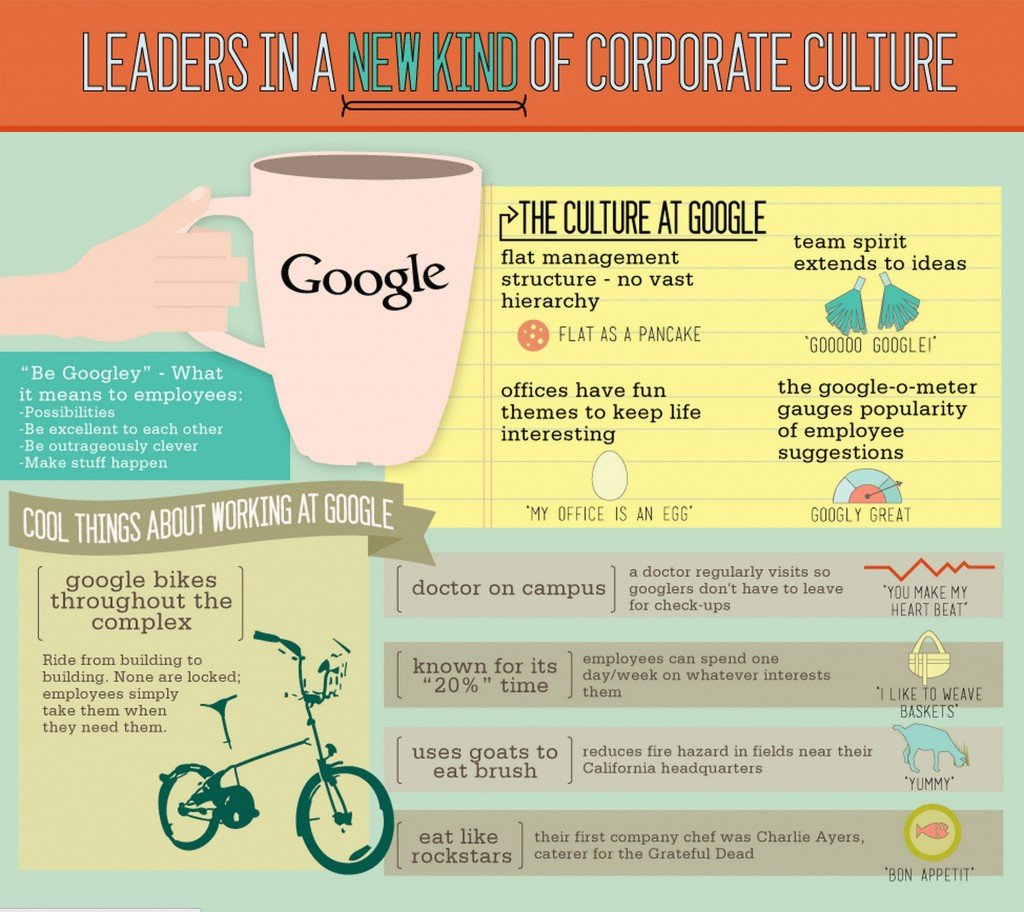 Corporate culture can be seen through many “windows of the house”: Hiring practices, communication processes, leadership behavior … and at its essence, culture is the founding leader’s beliefs translated into daily habits across the workplace. (This is why any conversation about changing corporate culture is really moot unless the CEO is leading it.)

Corporate culture at Google is grounded in the Founder’s philosophy, the famous 10 tenets. Google is still ruled by its founders, which means the culture is in their direct control (many companies operate with a legacy culture set in motion by founders 100 years ago, yet everything has changed. Fundamental transformation in this case is very, very hard).

What IS the one fundamental principle at the heart and soul of Google’s culture – the quality that puts Google (and Facebook, Amazon, as well as other great companies born from the digital era) at the top of the corporate culture food chain?

That principle is Trust.

In his book “What Would Google Do?” Jeff Jarvis writes: “There is an inverse relationship between control and trust.” Trust is a two-way exchange – more than most people (especially leaders in power) realize. Trust is a mutual relationship of transparency and sharing – the more ways you find to reveal yourself and listen to others, the more you build trust. Give people control and we will use it. Don’t and you will lose us.”

Google’s founders understood this: Their business is premised on the fact that “if we trust the people (who search the internet), they will lead us to the relevant stuff.” Google provides the infrastructure for building Trust capital in an increasing era of “culture of choice.” Google’s mission is to “organize the world’s information and make it universally accessible and useful.” The founders believe this to their core, and are not a conventional company. They are not a slave to Wall Street for a reason – it allows them to build a corporate culture that will deliver on this mission, and that is principally organized to drive innovation.

Trust is the soil-bed of Innovation – without embedded trust in the organizational culture, it’s difficult to sustain innovation. Because innovation depends on smart risk-taking, collaboration, and feedback – all requiring a level of trust being people. How does this look inside Google’s organizational culture? Here are some of their best practices:

How far Google will go to put its money where its mouth is? These examples don’t fit the style of every company – but hopefully they inspire you to create your own habits and management practices that foster a sense of trust in your employees.

And that is what corporate culture is all about: Build trust by walking your talk.